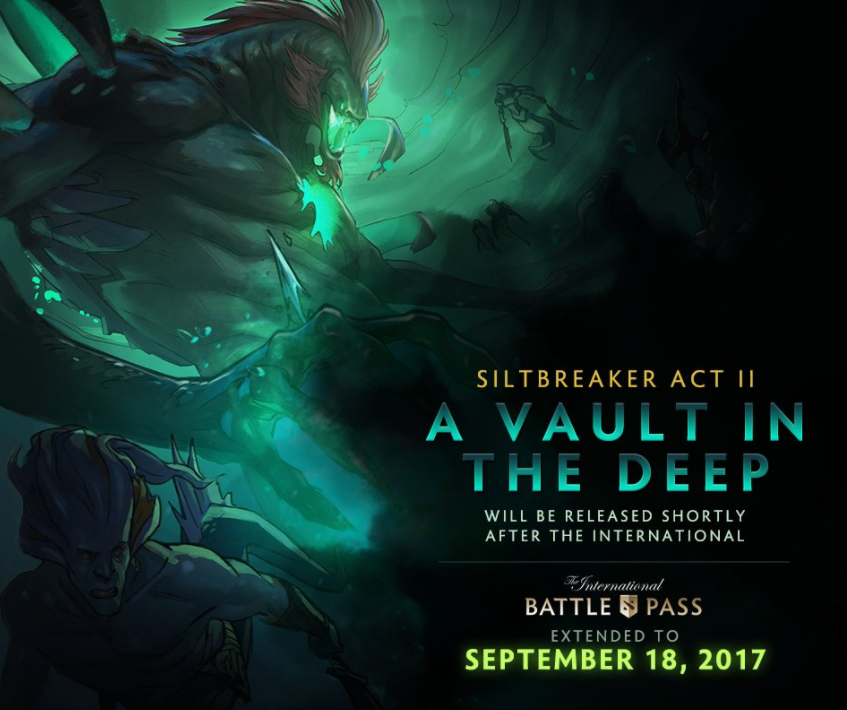 According to Wykrhm Reddy in his Twitter, the second part of the campaign for the owners of the compendium will be postponed. If initially, the developers planned to release it in July, then due to the approaching The International 2017, it was decided to postpone the release for a later period.

Now the event, which is called the Vault in the depth, will be released right after the end of the world championship. Because of this, the Battle Pass action is extended until September 18, 2017.